Cranach Contemporary – reflecting on the art of the Reformation time.

In 2015 the birthday of Lucas Cranach the Younger will mark its 500th anniversary. The picture series “Cranach Contemporary” analyzes the importance of the Cranach workshop for contemporary painting. 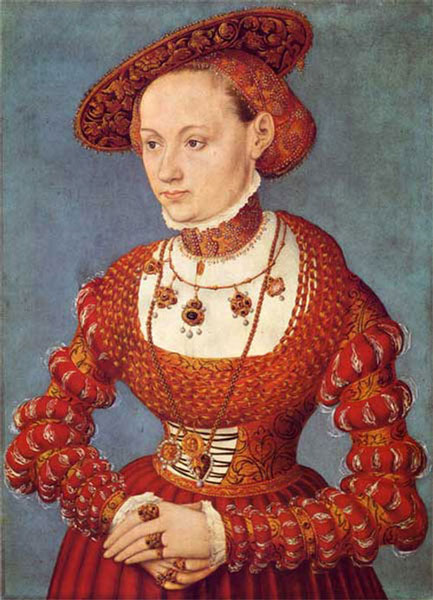 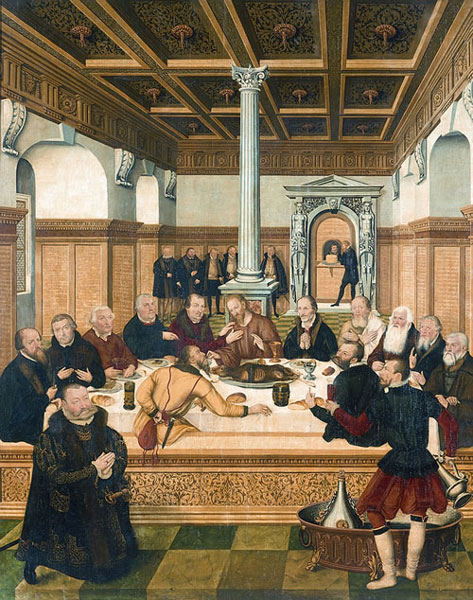 The Cranach workshop as social medium of the Reformation.

The picture program of the Cranach workshop reflects the religious and social upheaval. Initially pictures were commissioned by sovereigns and the Catholic church mainly, who were replaced by protestant clients after the Reformation. The business sense of Lucas Cranach the Elder didn’t prevent him from working for both religious denominations at the same time. The early pictures rooted in Catholic faith depict Christ as Man of Sorrows elaborating the usual picture tradition of Christ’s suffering to the most minute detail. After the Reformation Lucas Cranach underwent a change of themes as well as of their realization. All Catholic pomp gives way to a reformatory down-to-earth approach, portraits like the portrayals of Martin Luther fill the book of commissions of the family business.

Lucas Cranach the Younger in his father’s shadow.

The down-to-earth motifs in the pictures of Lucas Cranach the Younger reach beyond the Renaissance into the present, the series “Cranach Contemporary” is based on the same aesthetic simplicity that was common in the period of the Reformation. The works of “Cranach Contemporary” are painted in inverted colors, thus turning into negatives that defy the common perception of the viewer. This way he is forced to question the apparent colors of the motifs and reinterprete them by taking a closer look. The reversal of visible and invisible causes a shift of meaning, which invites the viewer to restore the context of the picture motif. The works explore the human individual in the tension-filled areas between human crisis, religious fundamentalism and global media perception.

From a photohistorical point of view the visualization of the picture by digitally inverting colors and contrasts replaces the analogue reprographic technique to produce photographic prints with photographic negatives. In the period of analogue pictures the negative was an expression of authenticity and credibility, in the digital era, however, the truth is being abused for political purposes, propaganda, and advertising messages by manipulating the picture. The disintegration of certainties is one of the fundamental experiences of existence in modern society.

In the world of the 21st century completely regulated by rationality even the most distant corners of micro- and macrocosm are made visible and explicable, with the profanation and marketisation of the world suffocating any space for spiritual and metaphysical aspects. The function of art, however, is to conceal the obvious and to visualize the invisible. The loud and garish colors of medial sensory overload, and the fast rhythm of alternating trends stifle contemplation, as well as the expression of simplicity and authenticity. The concept of inverted pictures picks up on the down-to-earth and simple iconography of Lucas Cranach the Younger, representing the same attitude of anti-consumerism that characterized the period of the Reformation at the same time. 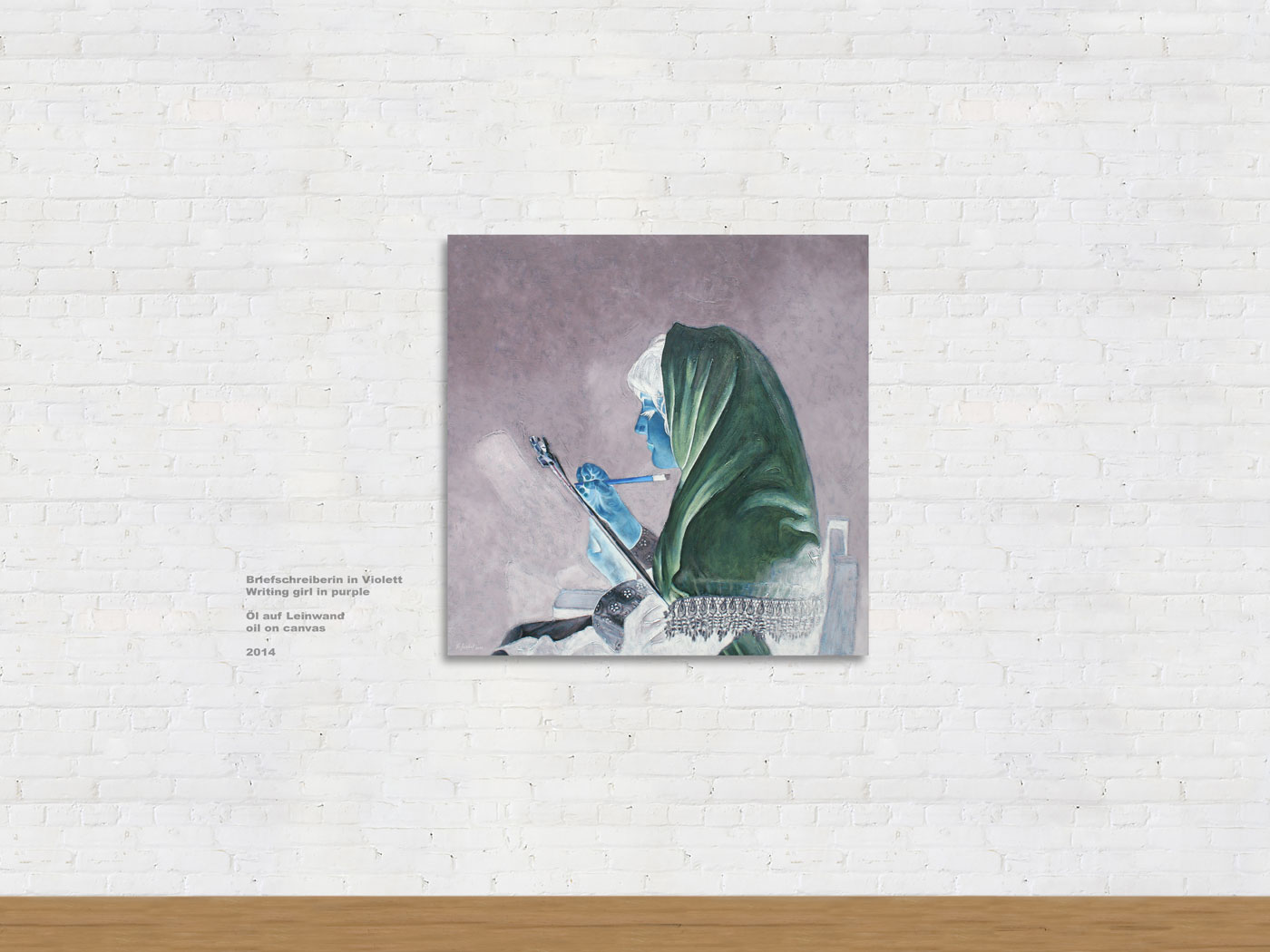 With reference to the calvinist iconography by Vermeer, the viewer becomes a voyeuristic intruder into the intimacy of protected privacy. At the same time the act of communication represents an emancipatory message of the Western community of values, accompanied by the right to education and participation in social life. 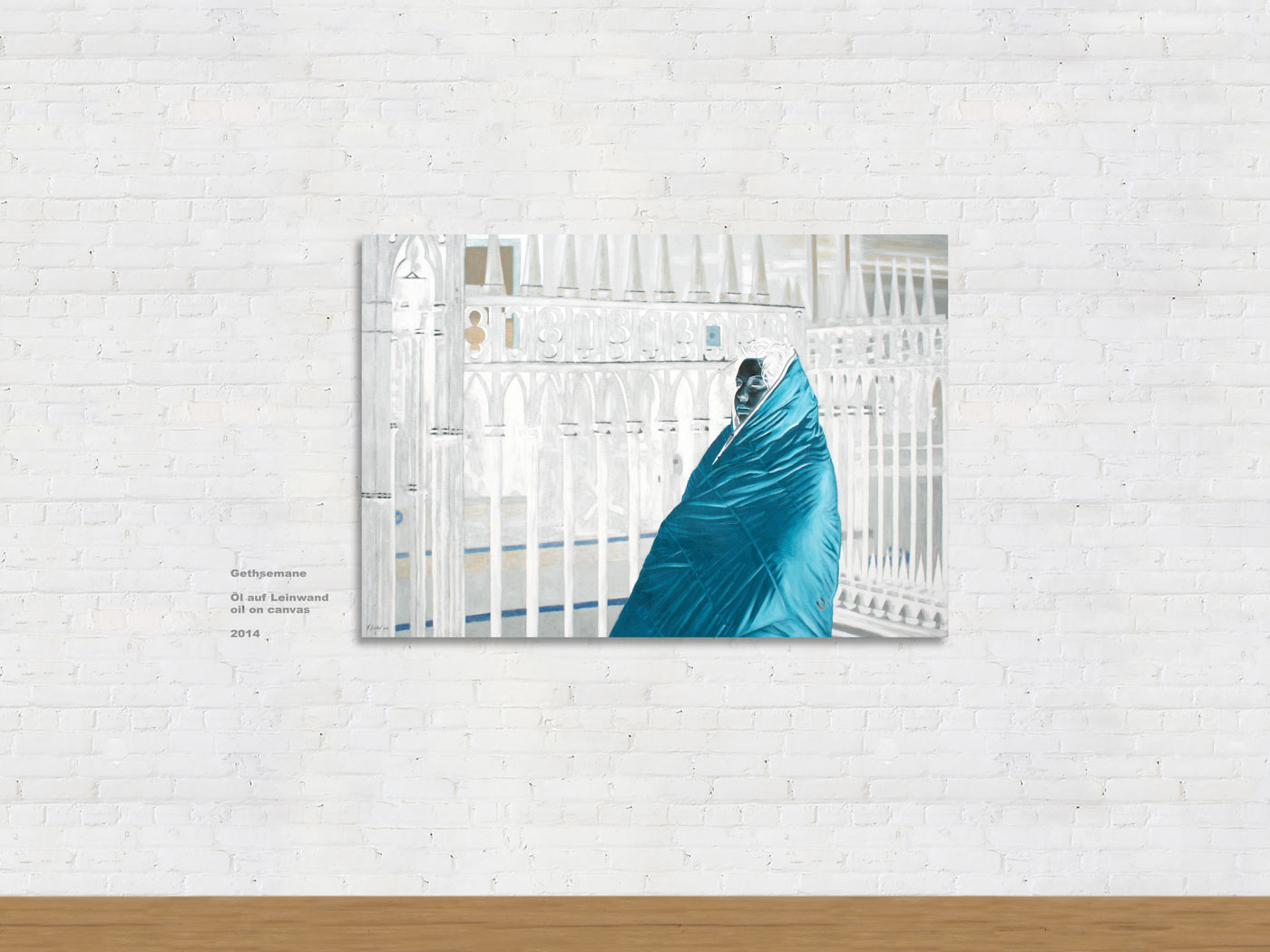 Picking up on the biblical motif of the Mount of Olives group, the picture represents human failure in dignity. In a trance-like state of mind the look scrutinizes the subconscious, that oscillates in the conflicting field between mental imprisonment and social shutout. 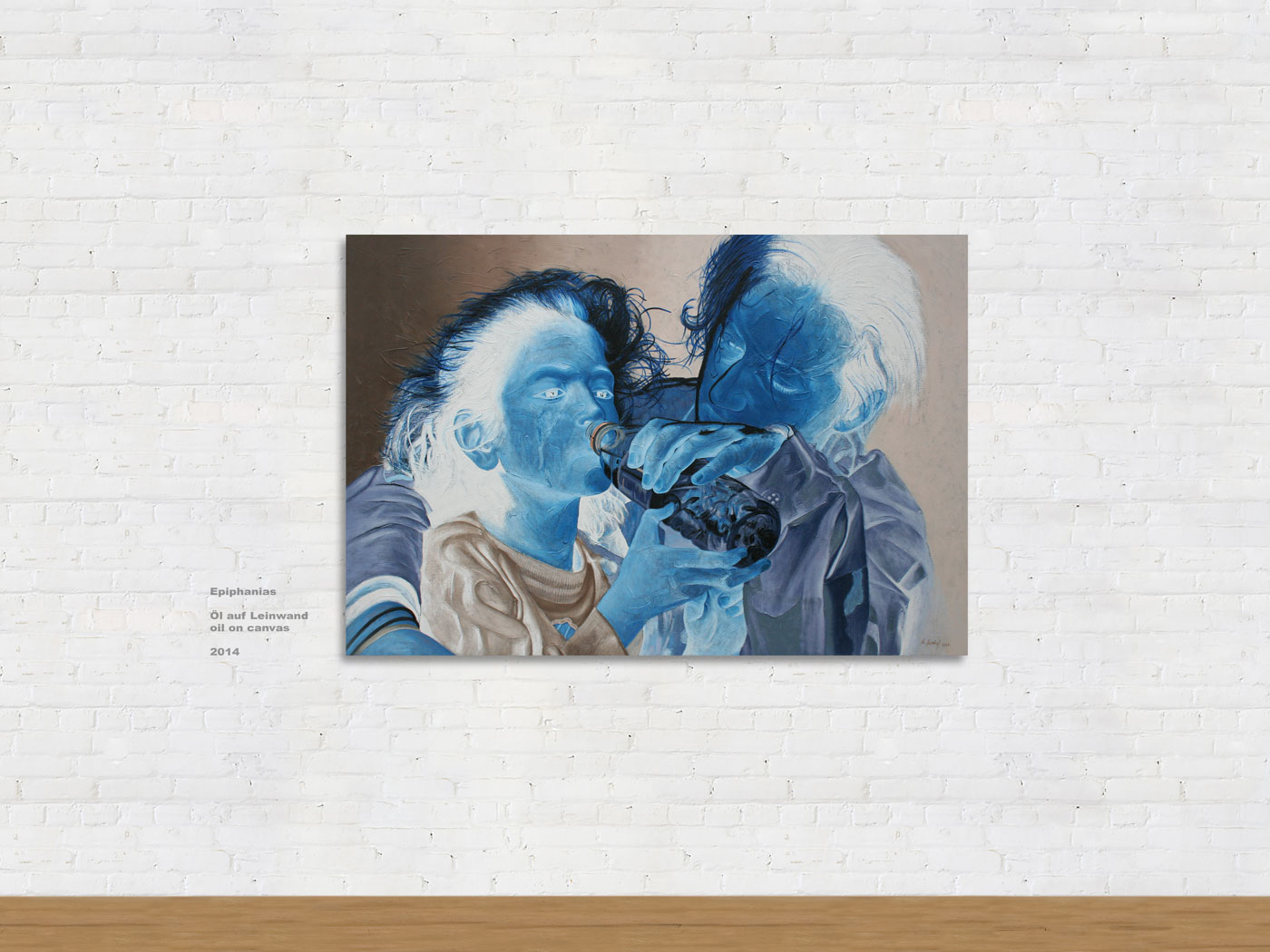 The water of life is a symbol that stands for human solidarity and supporting the weakest of society, through the recent political incidents in the Middle East it has got an unprecedented relevance and explosiveness.