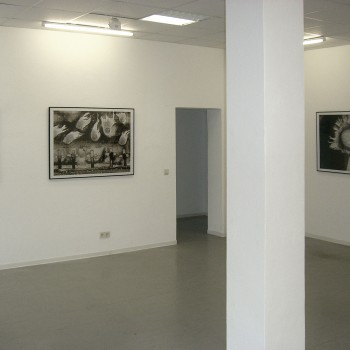 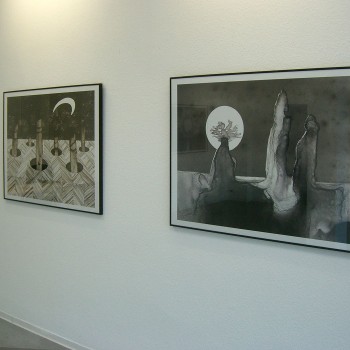 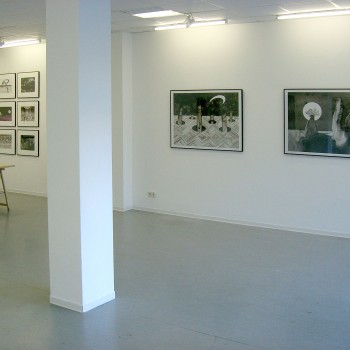 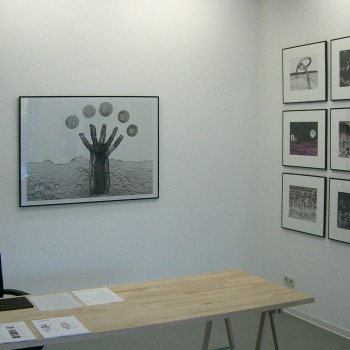 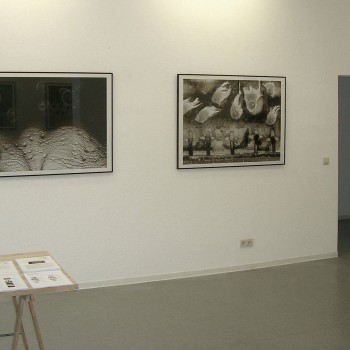 Dedicated to the 200th birthday of Charles Darwin, who published his magnum opus “On the Origin of Species” 150 years ago, is the exhibition by Thomas Michel at Galerie Frenhofer Berlin. For the first time Thomas Michel presents his hydrographic work in a solo exhibition, which takes the viewer along to an expedition to the unknown shores of an art technique that follows the rules of its own history of creation. Just as Charles Darwin being inspired to the theory on the evolution of man as integral part of nature when travelling the world on the HMS Beagle, thus revolutionizing the religious, social and scientific world view of his time, the pictures by Thomas Michel shed a different light on the interaction between nature and art.

Darwin subjected the human origins and the entire diversity of manifestations of life to the random interplay of coincidence and natural selection. This postulate by Charles Darwin had an explosive force with regard to both the liberation of biology from theology, and the innovative groundbreaking potential to open new horizons of thought and the depiction of new avenues of research never ventured before. “The natural selection has no goal” – according to Darwin evolution doesn’t strive after creating the perfect organism, but after ensuring an advantage for species better adapted to the struggle for life. Any civilization, language or style are threatened by transciense. Sustainability requires the identification of development potential instead of sticking to existing conditions, any civilization or species that disregards this principle is doomed to extinction. „Theories will go, facts will stand.”, Charles Darwin said. Evolution, he was the first to understand to its full extent, forms the foundation for creative freedom both in nature and in civilization.

The works by Thomas Michel follow the same design principles that shape any geological and biological manifestation in nature. An entire universe emerges from one drop of ink with natural growth and transformation processes creating a never seen virtual cosmos, that appears oddly familiar and strange at the same time. Maritime rock seems to petrify to bizarre formations, to the cradle of all life that is retransformed to fossile finds after fulfilling its reproductive destination in the plan of evolution. Mysterious organisms push towards the light, others bloom in the dark, and their short dance on the inanimate, they have to return into inevitably, becomes a symbol of mortality of any life. The result of a whim of nature and subject to a permanent unstable metamorphosis, they draw their viability from their evanescence in the area of conflict between life and death.

Through his theory Darwin shaped the concept of struggle for life between paradise and world devastation until the present day. In the dialectic interaction of coincidence and selection Thomas Michel’s Hydrographies ignite an evolution of their own, micro- and macrocosm merge to a projection screen for an archetypical state of mind of the viewer, who is taken back to the origins of human human perception. The picture journey through Thomas Michel’s Darwinland evokes the ability, which elevated man above all preceding primates: knowledge by amazement.