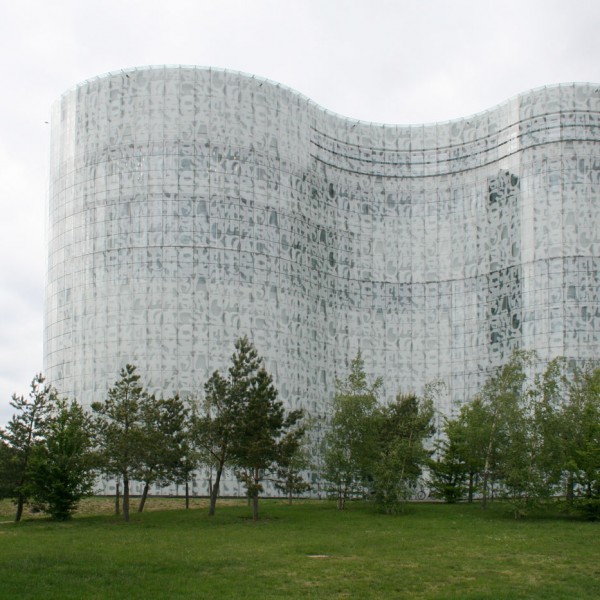 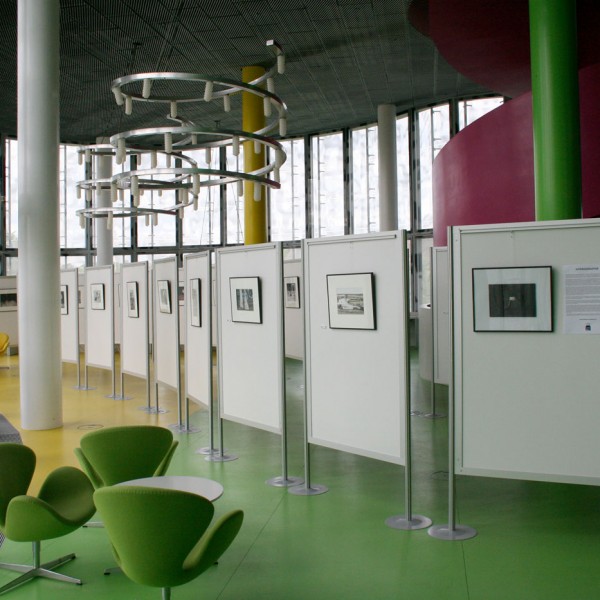 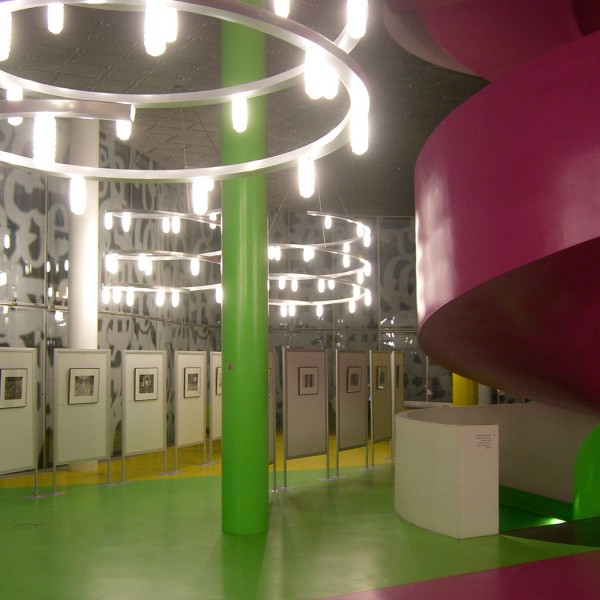 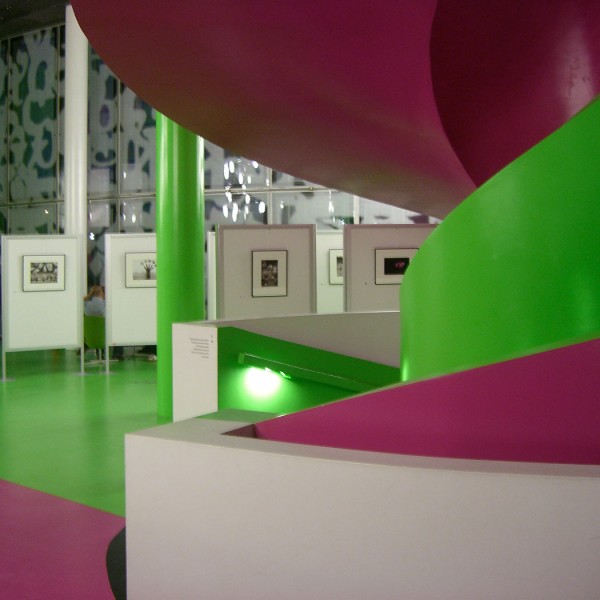 The architecture firm Herzog & de Meuron is renowned for spectacular architecture of the 21st century. Among the most well-known buildings by Herzog & de Meuron are the Allianz Arena in Munich, the Beijing National Stadium built for the Summer Olympics in 2008, the museum building of the Tate Modern in London and the Elbphilharmonie in Hamburg, currently under construction. But also in the Lusatia area Herzog & de Meuron have set an architectural exclamation mark with the Informations-, Kommunikations- und Medienzentrum (IKMZ) of the Brandenburgische Technische Universität. This one soars above a gently sloping hill opposite the main building of the BTU built in 1969, and presents itself as a more than 30 meters high monolithic structure with a glass façade swinging back and forth.

The university library, computing centre and administration data processing of the BTU are housed in the transparent glass building. Impressive is the curved glass façade, which is printed from both sides with a pattern of letters. The letter graphic creates a shimmer like hoar frost on the façade and filters the light in the interior. Herzog & de Meuron recognize the education mandate of the university with their design and at the same time they create a symbol of transparent democracy, that guarantees the society free access to knowledge. In the interior Herzog & de Meuron have realized an extraordinary color concept with loud and trendy colors. The floor covering and pillars dominate in yellow, grass green, magenta, vermilion and dark blue, thus creating a strong contrast to the cool outer skin of the library. Spiral stairs and filigree spiral lighting fixtures reflect the curvature of the wavelike glass façade.

The works by Thomas Michel presented in the foyer with the exhibition title “Darwinland” contrast impressively with the architecture of Herzog & de Meuron. The monochrome Hydrographies with their warm sepia tones contrast with the cool magenta and green colors of the interior, with the bizarre hydrographic structures mirroring the organic forms of the design by Herzog & de Meuron.