Max Beckmann’s relation to Berlin, where he spent decisive years of his work twice, has been explored only marginally in the light of Beckmann’s cosmopolitan biography. The Berlinische Galerie dedicates an exhibition to this topic for the first time and presents pictures that either have been created during Max Beckmann’s two stays in Berlin or feature a close relation with the city, or have been shown in major exhibitions in Berlin, significantly influencing the art of the time.

Works connected to the Berlin Secession, Neue Sachlichkeit and Expressionism illustrate the art scene of the German metropolis between the two World Wars. Beckmann’s early work is confronted with his role models Max Liebermann and Edvard Munch. Besides pictures of the collection of the Berlinische Galerie national and international loans from public and private collections are presented. Max Beckmann lived in Berlin twice, from 1904 to 1914 and from 1933 to 1937. The places, however, that are associated with him mostly are Leipzig, Frankfurt, Amsterdam, Paris and New York.

His artistic change from a late impressionist to a reluctant expressionist took place in Berlin, and he became the painter of myths and large triptychs during his second stay in Berlin. After the First World War he retreated to Frankfurt, but stayed in close contact with the Berlin art scene and participated in numerous exhibitions. There he met his art dealer Israel Ber Neumann or his artist friends Heinrich George and Alfred Kubin on a regular basis. Although Max Beckmann received important impulses for his artistic development in Berlin, he always had an ambivalent relation to the German capital and when he fled from the Nazis, he left Berlin horrified.

Max Beckmann never lacked in self-confidence, he was a master of self-promotion numerous self-portraits bear witness to. Already as young emerging artist he had a master plan in his pocket to climb the Olymp of the international art world. Via Dresden to Berlin, then Paris and New York, that was his goal. After a short stay in Paris, where he closely studied the works by Paul Cézanne, he settled in Berlin in 1904 to make a career there. The first pictures painted there still clearly cling to symbolism and impressionism showing the influence of his role model Max Liebermann.

Max Beckmann rejects the two-dimensionality in the pictures of the expressionists.

Mainly portraits and impressions of nature like the Old Botanical Garden are created, the cityscape and urban approach to life don’t play a major role yet at the beginning. He sets a first exclamation mark with the large-scale painting Young Men by the Sea the style of which still reminds of Liebermann strongly, however, already indicates the powerful stroke of the late Beckmann. The picture was his admission ticket to the Berlin art world rewarding him with the Villa-Romana-Prize of the Deutscher Kuenstlerbund which included a scholarship in Florence, where he created his famous self-portrait. But while young Max Beckmann adopts a neo-conservative position, admiring Edvard Munch and insisting on narrative depth, the dawn of a new age in art is arising: the expressionists, above all the artists of the Bruecke, are pushing into the Secession. Max Beckmann rejects the new style, he considers the colors of expressionism to be too garish and the two-dimensionality too banal, he sees the image space at risk. He also rejects an invitation to join the artist community Bruecke.

In 1912 he is arguing with Franz Marc in the art journal Pan about the right path for the art of the future, but a fundamental disagreement between the two painters doesn’t result in any common denominator. Max Beckmann criticizes the framework in the compositions of Franz Marc filled with color and calls for a painterly style instead with a sense ”for the peach-colored shimmer of the skin, the gloss of a nail, the artistically sensual…that isn’t lying on the surface only, but in the depth as well.” But eventually expressionism prevails, and also Max Beckmann jumps on the moving train, if by conviction or strategic calculation will remain a research topic for the art historians.

Max Beckmann loses the duel for the Nollendorfplatz against Ernst Ludwig Kirchner.

The exhibition confronts Beckmann both with Marc and Kirchner. Especially the confrontation of View over the Nollendorfplatz by Kichner and Beckmann clearly shows, how radical the Bruecke artists were in feeling the pulse of their time and how much catching up Beckmann had to do in this respect. The opportunity to catch up he was bound to in the First World War, when he served as corpsman at the front. Traumatized by the experiences of war Max Beckmann suffered a nervous breakdown in 1915, an occurrence that was to be a fruitful artistic restart for him at the same time. In the lithographic series The Hell from 1919 he attempts to cope with the nightmarish images that had burnt into his memory, the apocalyptic sentiment, the dance on the volcano already indicate the later tryptichs obscured and condensed with regard to contents. In Martyrdom he commemorates the assassination of Rosa Luxemburg, in The Night he illustrates the appearance of the torturers who were already gathering around the Fuehrer at that time. Max Beckmann was the master of drypoint and the sharply contoured nervous stroke of this technique was to influence the style of his later canvas pictures as well. Therefore he always remains a figurative painter who masters the image space by the means of drawing and not of painting. Max Beckmann’s second shorter stay in Berlin was the result of his summary dismissal as professor at the Staedelschule Frankfurt by the National Socialists in 1933, where he hoped that he could go into hiding in the anonymity of the metropolis.

In this creative period he paints numerous portraits and turns towards mythological topics at the same time. Black contours burden the objects on the pictures and obstruct the image space, conglomerates of things permeate each other and elude the visual readability. Even the Surrealists in Paris were fascinated by the pictures psychologically charged by Beckmann, but he resists their advances and prefers to carry on treading the path of a lone wolf. The pessimist for life Beckmann becomes a painter of the Northern Renaissance altogether in the tradition of Gothic panel painting in this period. In the meantime he had risen to the star of the ”Degenerate Artists” and to the favourite enemy image of the Nazis, two years after Hitler’s rise to power he paints the apocalyptic picture Organ Grinder, following his lithographic series The Hell in style. In 1937 he escapes this ”spooky world” to return never again. 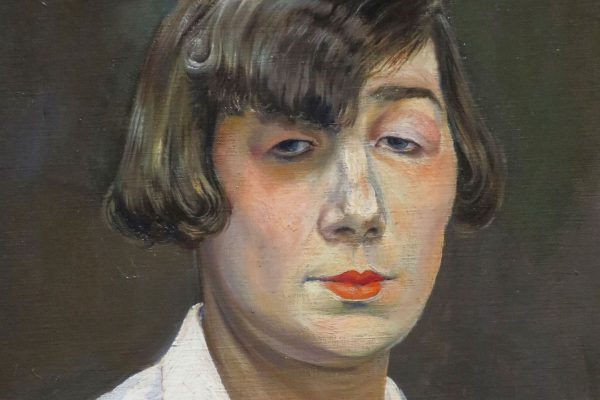 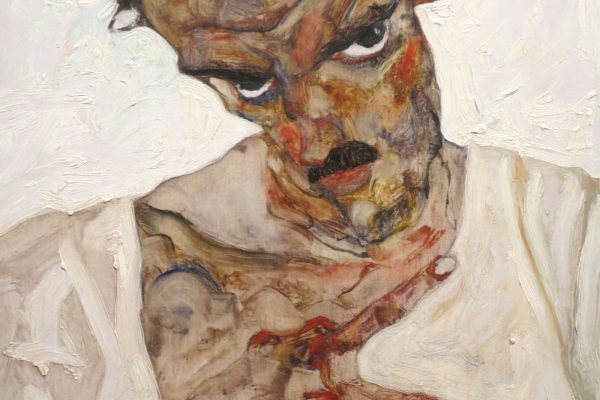 Egon Schiele – Freedom of the Ego