Surrealism and automatic writing are expanded in a contemporary approach, using the technique of Hydrography developed by Thomas Michel. 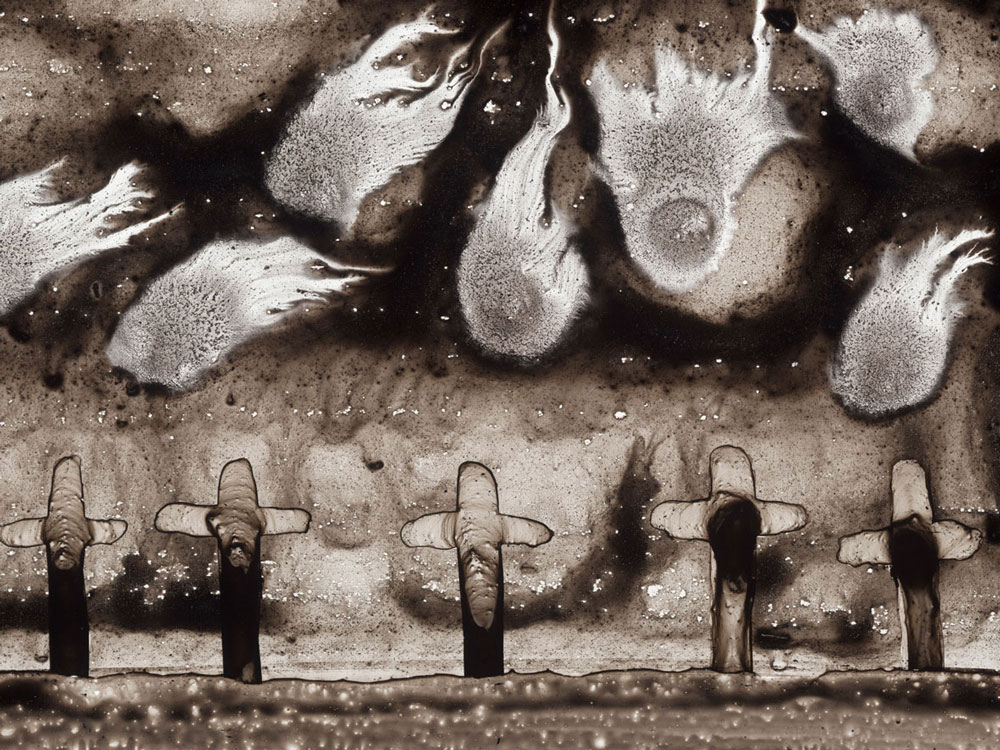 One of the greatest achievements of Surrealism was the development of automatic writing. André Breton, the thought leader of the surrealistic movement, coined the term of Écriture automatique as ”thought dictation without any control by reason”, as an act of uncensored writing, with rationality being completely switched off.

In order to put oneself in a position of spiritual liberation, as asked by Surrealism, André Breton recommends to settle down at one’s desk immediately after waking up still dozing, and to write down the arising phrases as if in a trance, ”unconsciously” or ”on the verge of a dream”. Breton writes that he made use of this technique systematically after he had experienced visual and acoustic apparitions when falling asleep:

“Completely carried away by Freud, as I still was at that time, and familiar with his analytical methods which I was in the position to try on the invalids in some cases during the war, I decided to obtain from myself what one was seeking to obtain from them: a fluent monologue flowing as fast as possible, the censorious rationality of the subject doesn’t judge, that consequently doesn’t force concealment and is equal to spoken thinking.” – André Breton

The first literary work of Surrealism created in 1919 by the technique of automatic writing was ”Les Champs magnétiques” (The Magnetic Fields), written together by André Breton and Philippe Soupault. ”The Magnetic Fields” was a milestone for the evolution of Surrealism and laid the foundations for the carrier of André Breton as head of the Surrealist group. Bréton’s further literary work was strongly influenced by this technique. He made use of automatic writing both in poems such as ”Clair de Terre” (Earthlight) in 1923 or ”Le revolver a cheveux blancs” (The White-Haired Revolver) in 1932 and in prose works such as ”Poisson soluble” (Soluble Fish), part of the First Surrealist Manifesto from 1924. In the novel ”Nadja”, written in 1928, he combined this technique with a rather associative description of real experiences.

Surrealism extended the range of creative techniques in literature and art of the 20th century.

The fine artists among the Surrealists developed their own techniques to evoke unconscious images by circumventing the censorious rationality and capture them on canvas. Above all thanks to Max Ernst, who extended the range of artistic ways to express by several creative techniques, automatic drawing laid the foundations for the subsequent triumphal course of Surrealism in art history. The work of Max Ernst is characterized by the artistic techniques of Frottage, Grattage and Collage, that represent the visual equivalent to automatic writing. Oscar Dominguez developed the technique of decalcomania, using gouache spread thinly on a sheet of paper, which is then pressed onto another surface, and Wolfgang Paalen created Fumage with the smoke and soot of a lit candle leaving graphic marks on a canvas.

The most well-known ambassador of Surrealism finally, Salvador Dali, developed the paranoiac-critical method to evoke hallucinatory images from the subconscious. The essential conclusion in his essay ”The Conquest of the Irrational” from 1935 reads: ”Paranoiac-critical activity: spontaneous method of irrational knowledge based on the interpretive critical association of delirious phenomenons. The existence of active, systematic elements typical for paranoia ensures the developable, creative character typical for paranoiac-critical activity. The existence of active, systematic elements neither assumes deliberately controlled thinking nor any other intellectual compromise of any kind whatsoever, because, as everyone knows, the active, systematic structure within paranoia belongs to the delirious phenomenon itself – every delirious phenomenon of paranoiac character, even the instantaneous, sudden, already includes entirely the systematic structure and objectivies itself only a posteriori by activating rationality.” 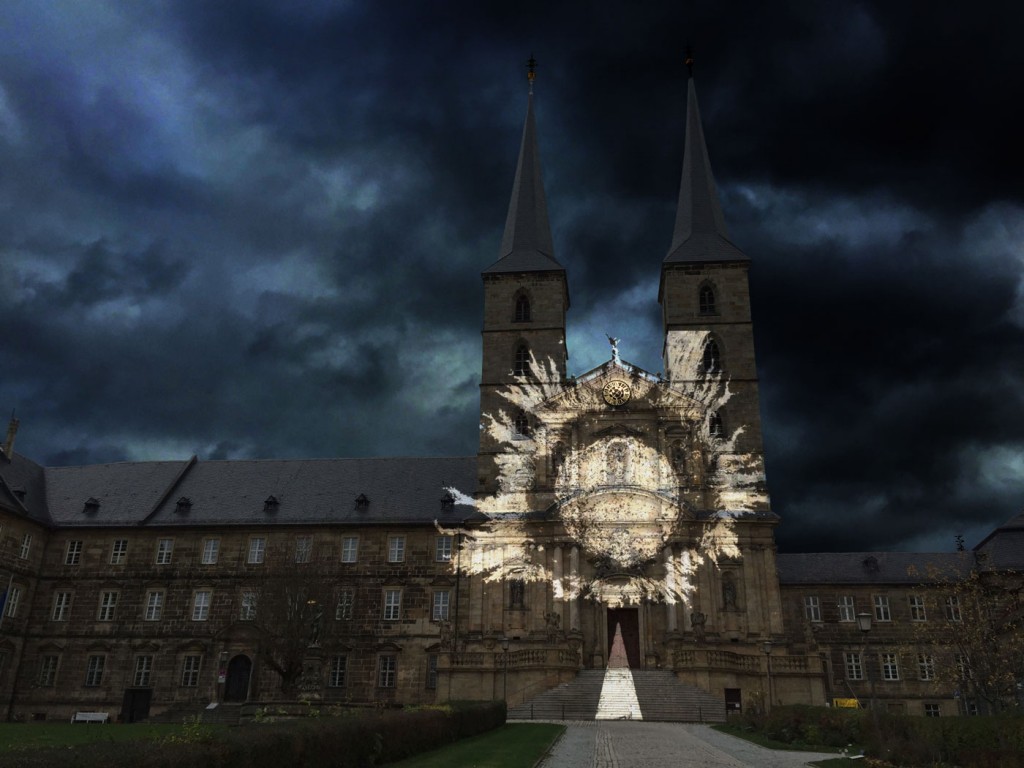 Hydrography is nothing else than the thrilling moment to watch drying paint. 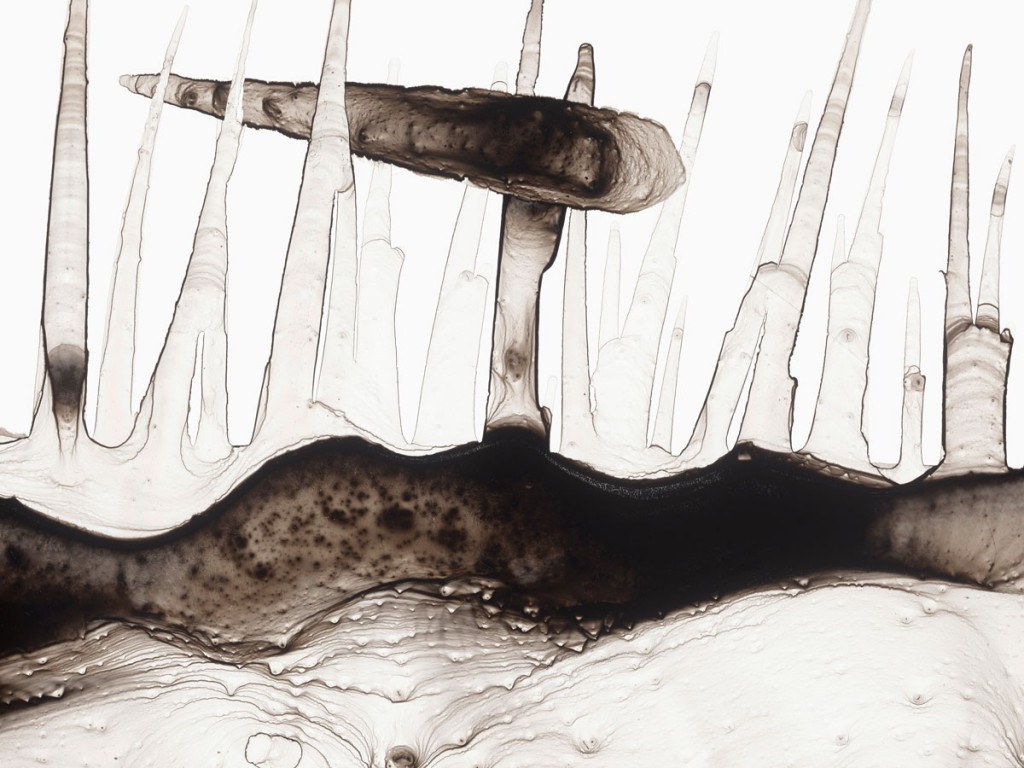 Committed to the spirit of Surrealism and its methods to explore the subconscious, Thomas Michel came across a technique by experimenting with ink on various picture carriers, that didn’t allow any other term than ”Hydrography”. In this technique ink pigments are induced to leave marks by the process of drying, similar to the erosion of a landscape. In doing so, the forces of the liquid aggregate state are made visible in a graphical manner, the visual result is a ”Hydrography” in analogy to the term ”Lithography”. Excluding rationality visions of the subconscious are evoked that answer exactly to the principles of Surrealism.

From a graphical point of view Hydrography represents an intersection of drawing, painting and medial picture process. By sedimentation of ink pigments on film microscopically tiny pictures emerge, that have approximately the size of a photographic negative. Similar to photography the original Hydrography is the starting point for the production of prints of any size and edition. Hydrographies also can be projected like slides, or by means of a digital projector. By using the contrast of light and shade from absolute white to absolute black to its full extent, the luminosity of a Hydrography exceeds the one of a slide by far, with fine shades creating a virtually magic light effect. For Thomas Michel it is highly important to point out, that hydrographic pictures are no photographed graphics and no digital graphics as well.

On hydrographic pictures micro- and macrocosm oscillate between Megalithic Culture and Surrealism.

Hydrographic pictures root in Far Eastern ink painting and calligraphy as much as in the spirit of Surrealism with its visual worlds of automatic drawing and psychoanalysis. ”Art is a harmony parallel with nature.” – this famous saying by Paul Cézanne is realized by the technique of Hydrography in the most direct and impressive way. An entire universe emerges from one drop of ink with natural growth and transformation processes, creating a never seen virtual cosmos that appears oddly familiar and strange at the same time. Micro- and macrocosm merge to a projection screen for an archetypical state of mind of the viewer. The inspiration by nature stands in the tradition of pantheistic world views from celtic Megalithic Culture to Romanticism, and is also reflected in the compilation of hydrographic pictures in cyclic series.

Hydrography stands for the economic application of means and the renunciation of the aesthetics widespread in contemporary art to create importance with regards to content from the mere size of huge formats. In accordance with the philosophy of Surrealism Hydrography returns to a holistic approach with the goal to go beyond representing the existing reality or to reassembling its fragments by the principles of collage, but to create a completely new kind of art that works also outside the White Cube and remains visible. Hydrography stands for aesthetics beyond all familiar art forms and provides the metaphysical stage for the recovery of an ability lost in consumer society: knowledge by amazement. 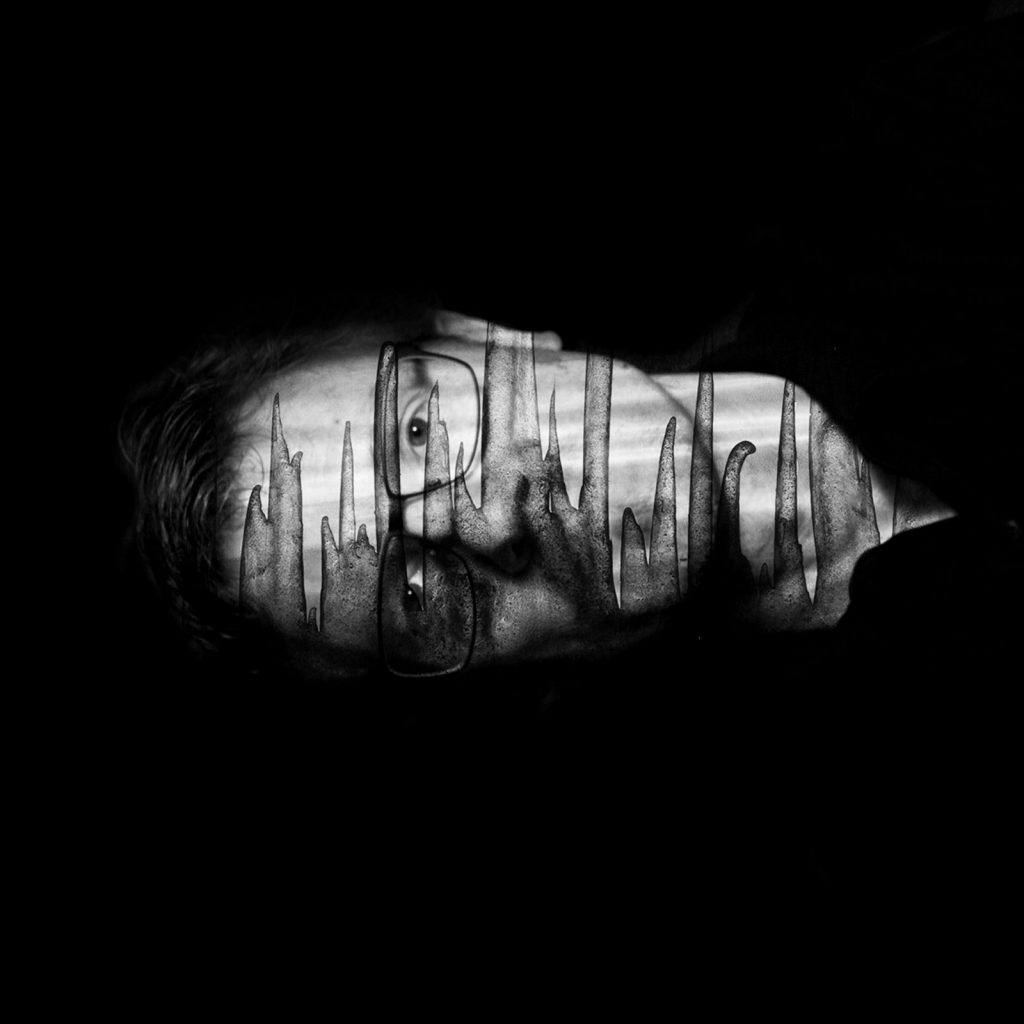